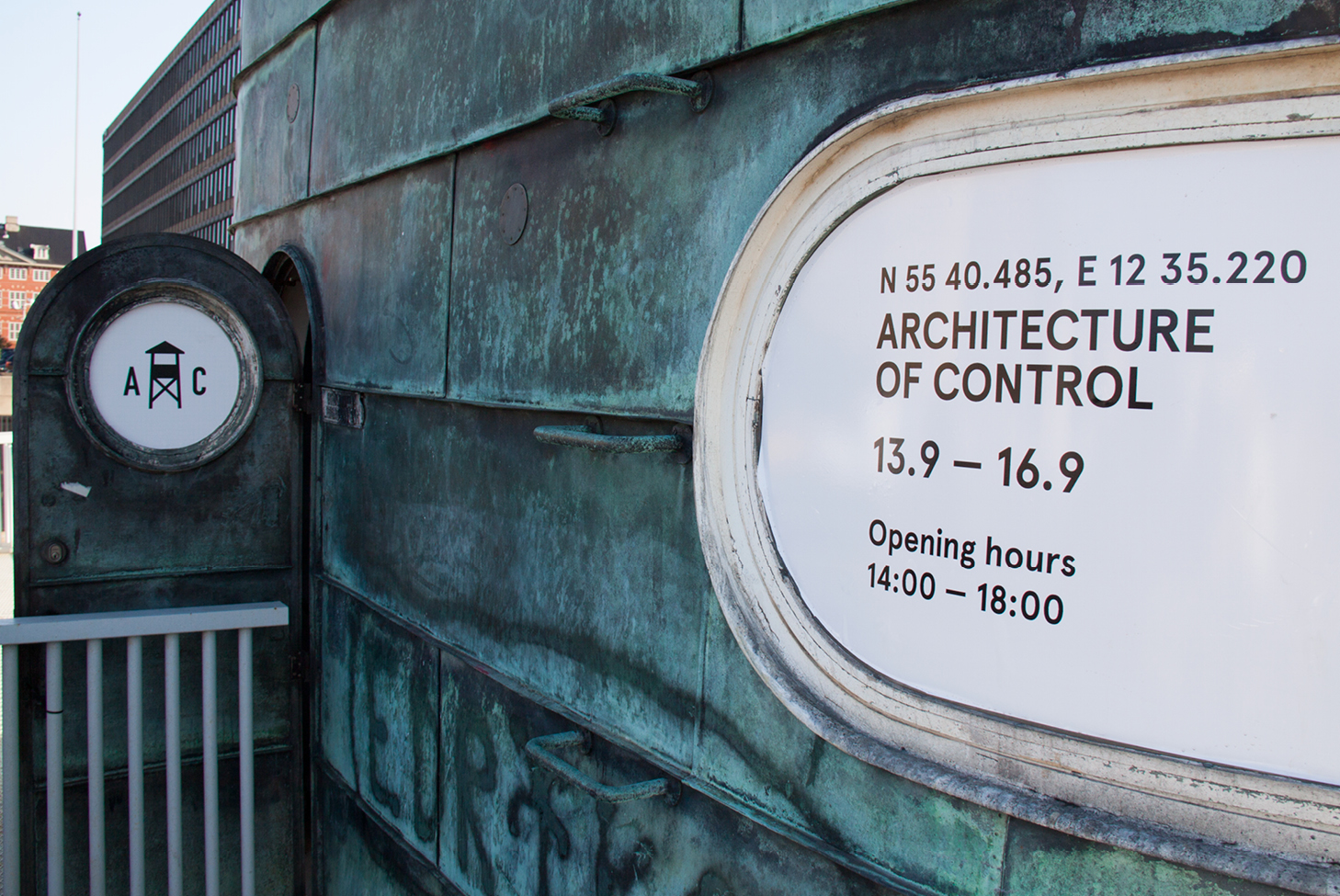 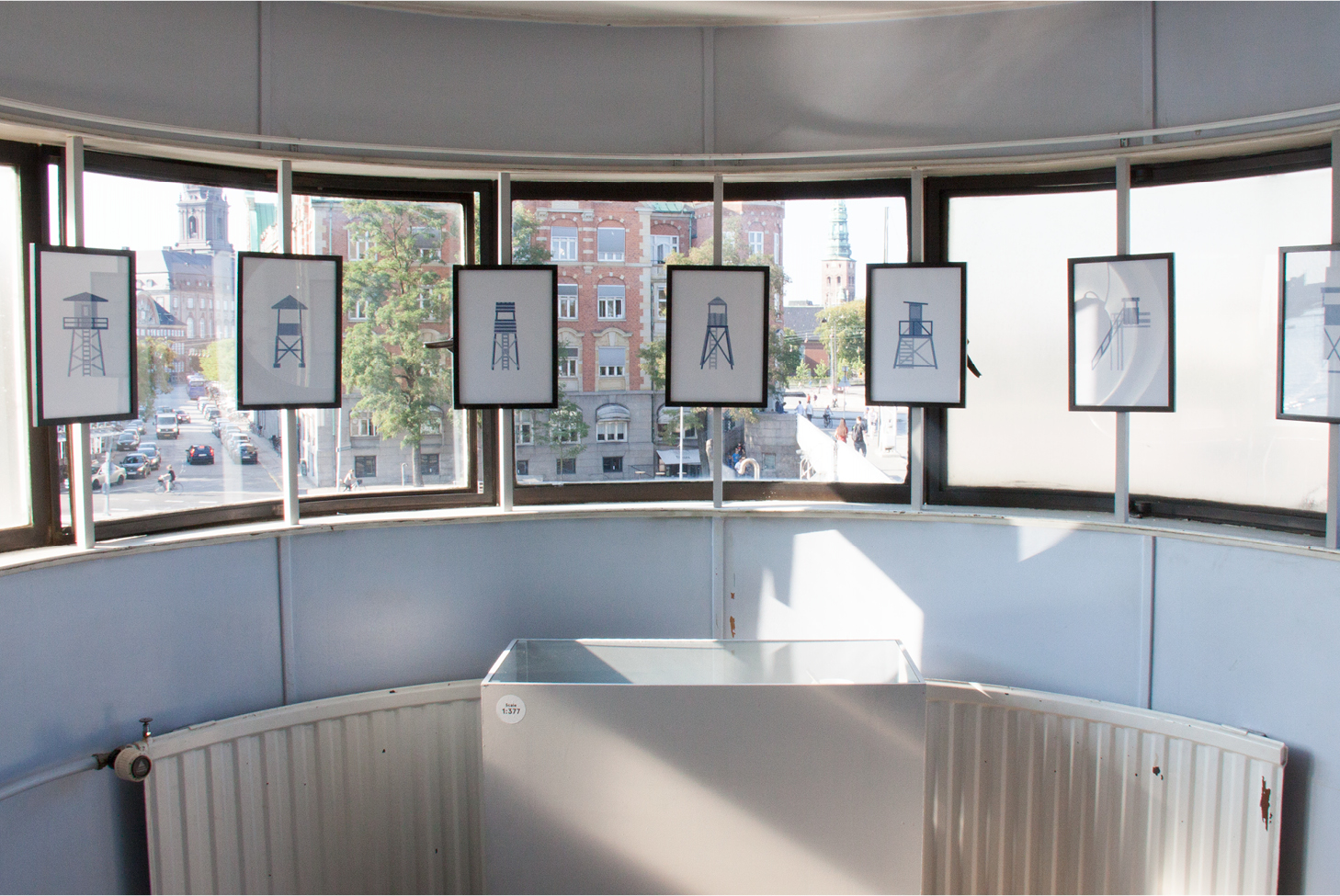 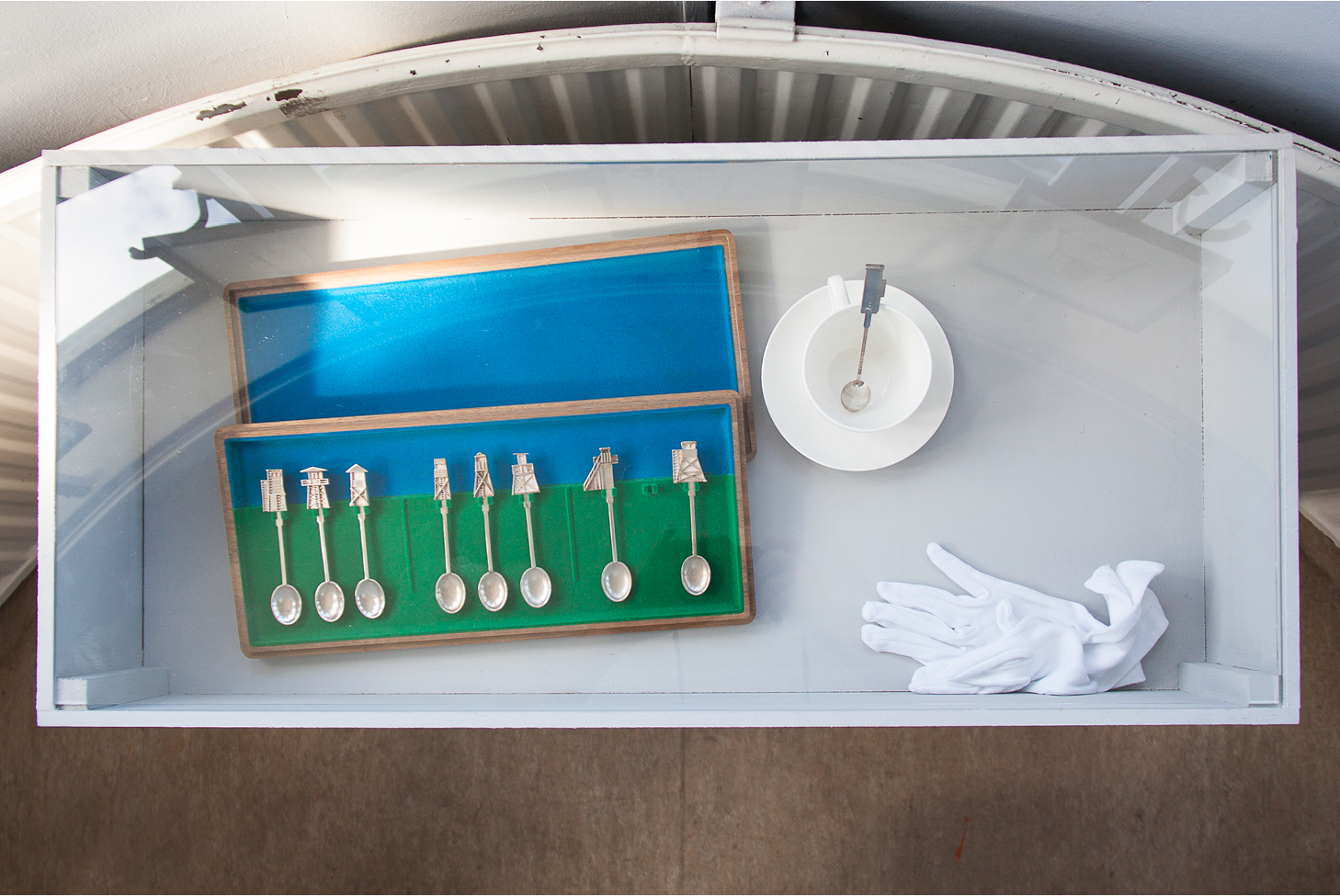 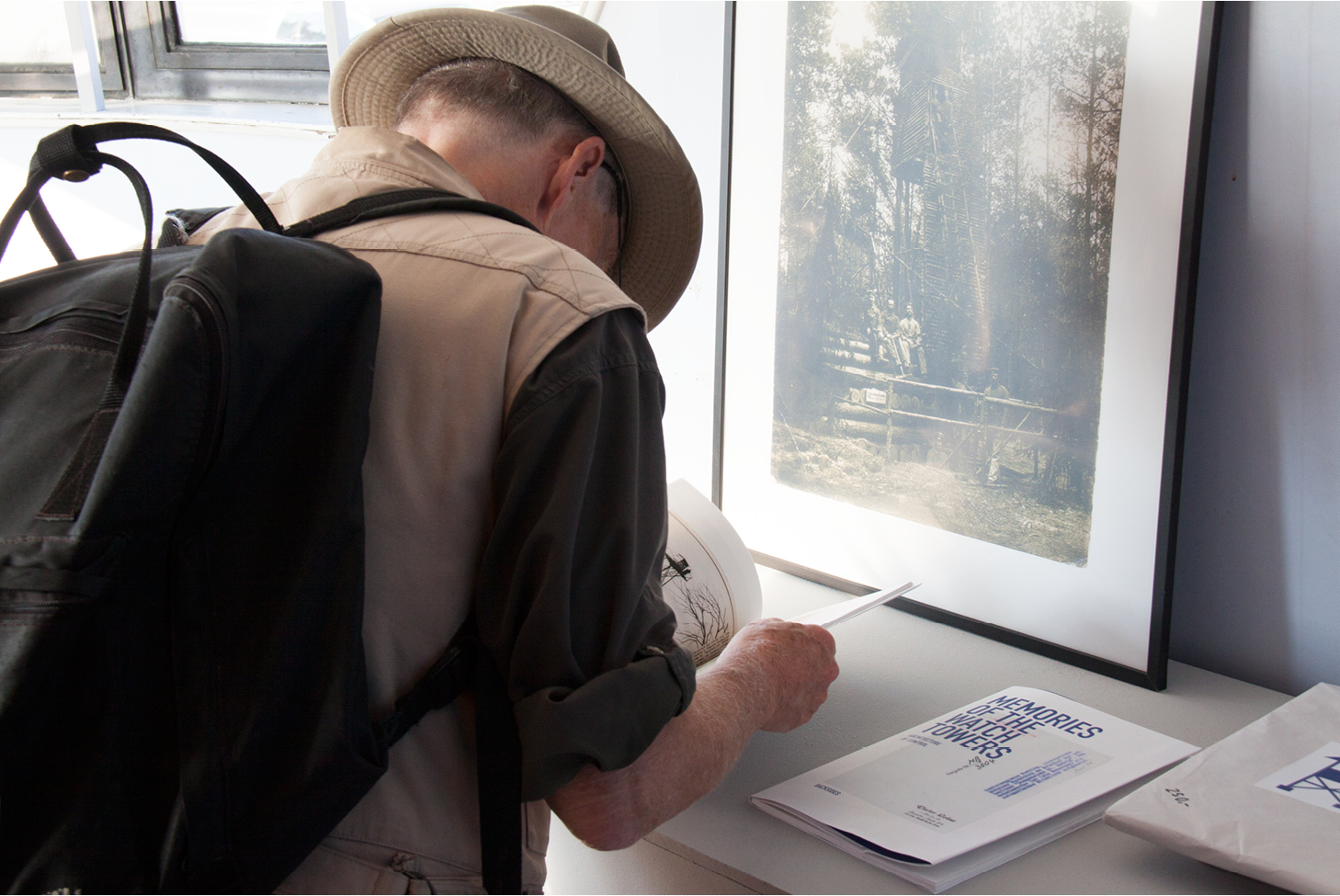 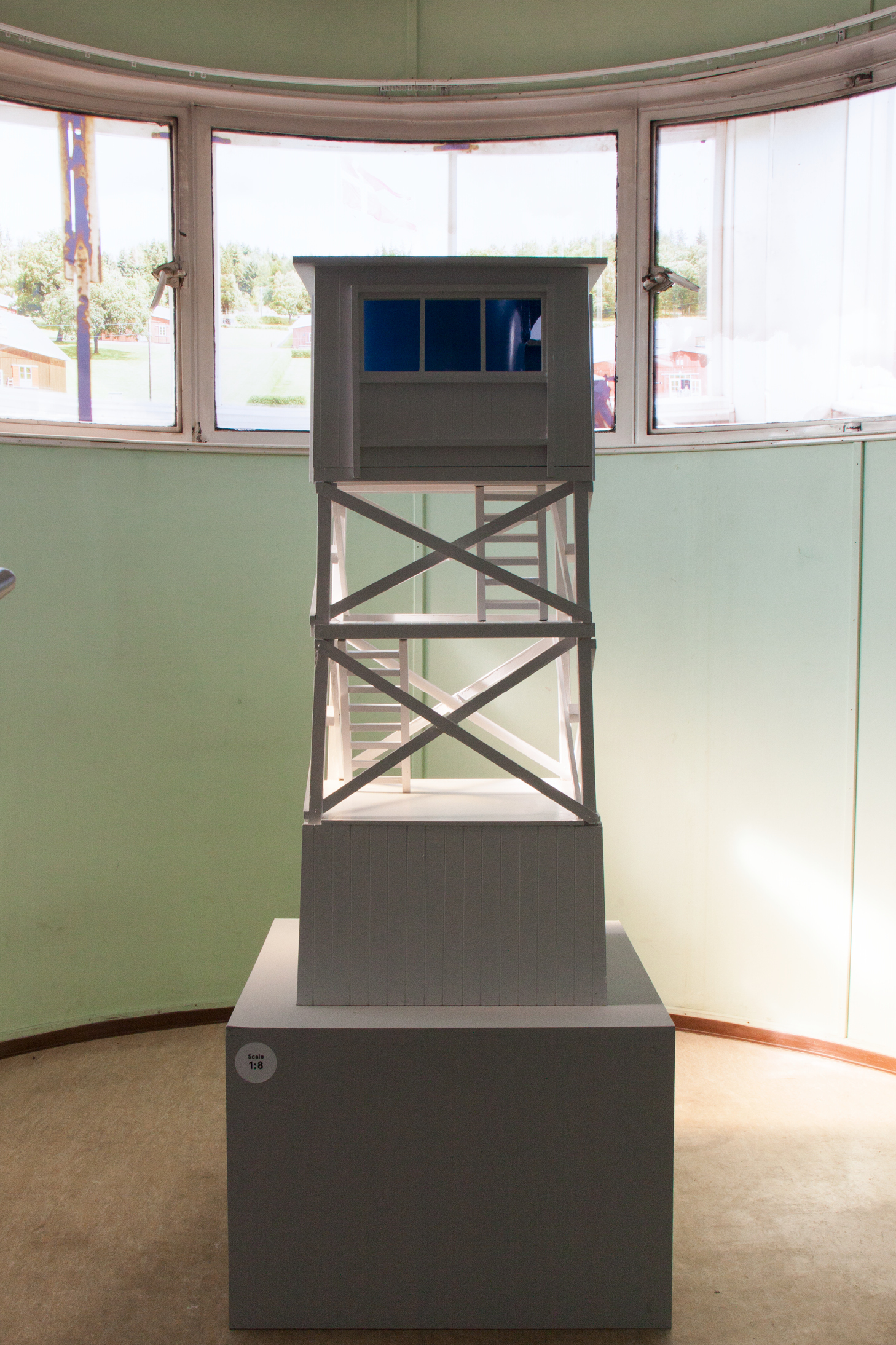 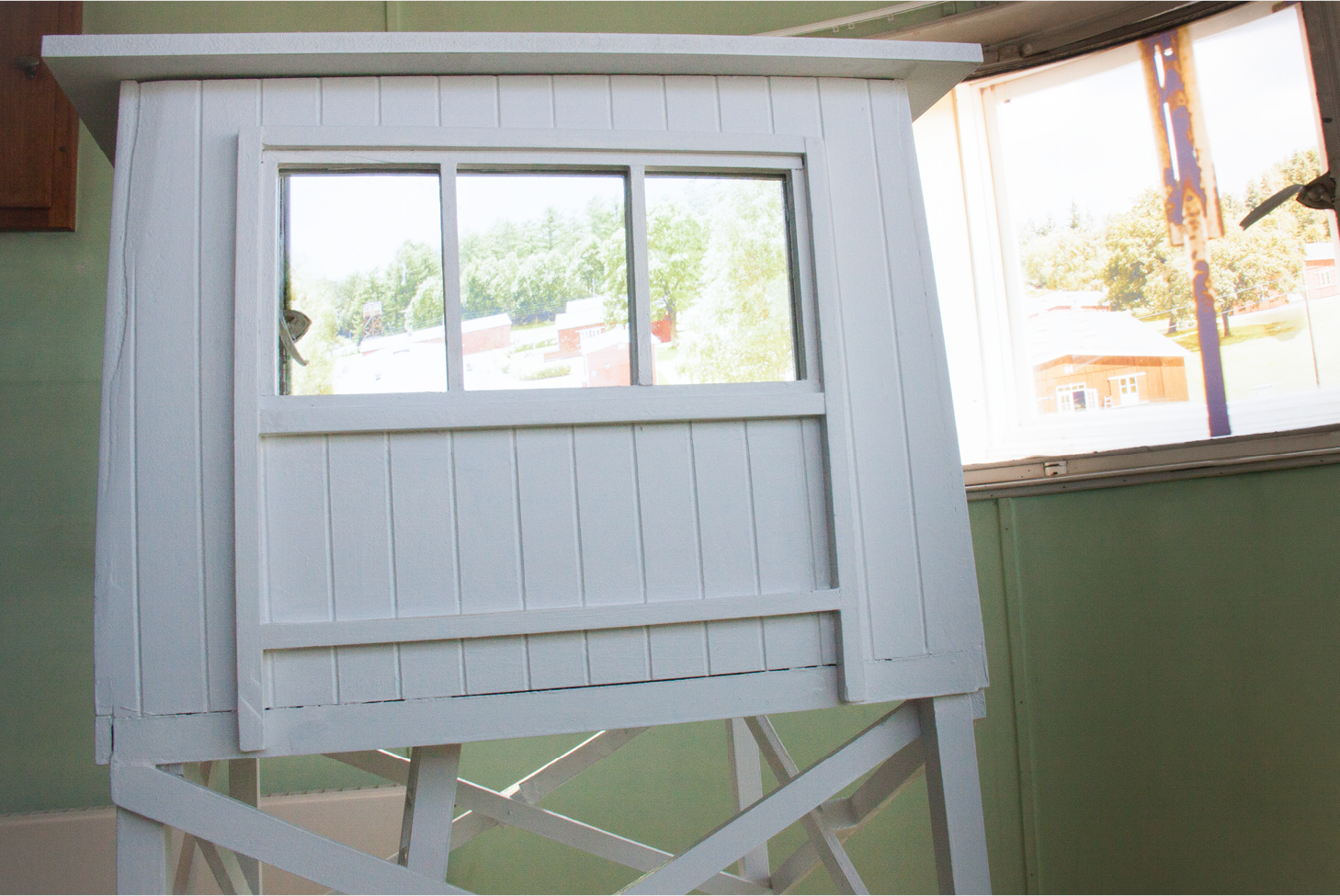 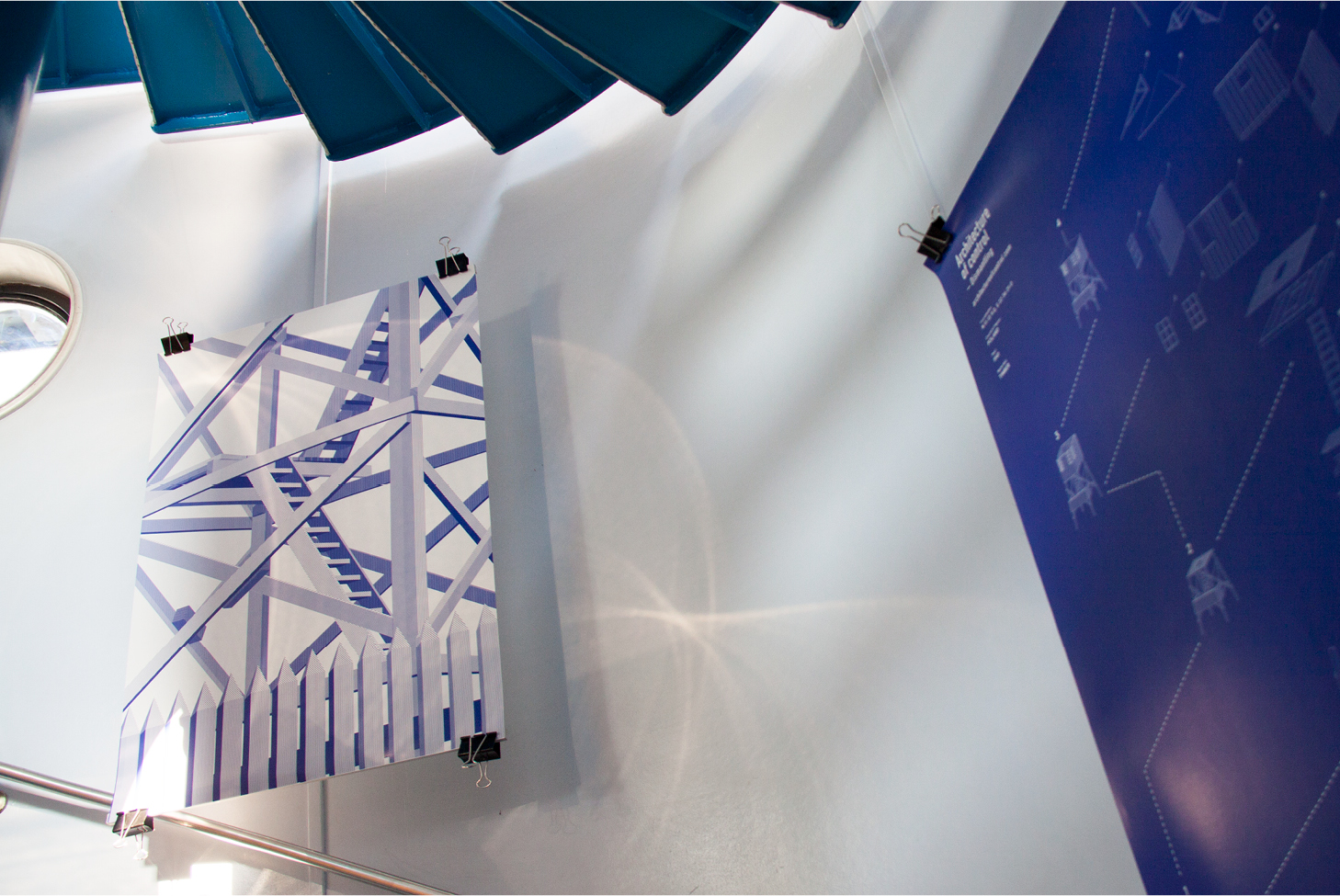 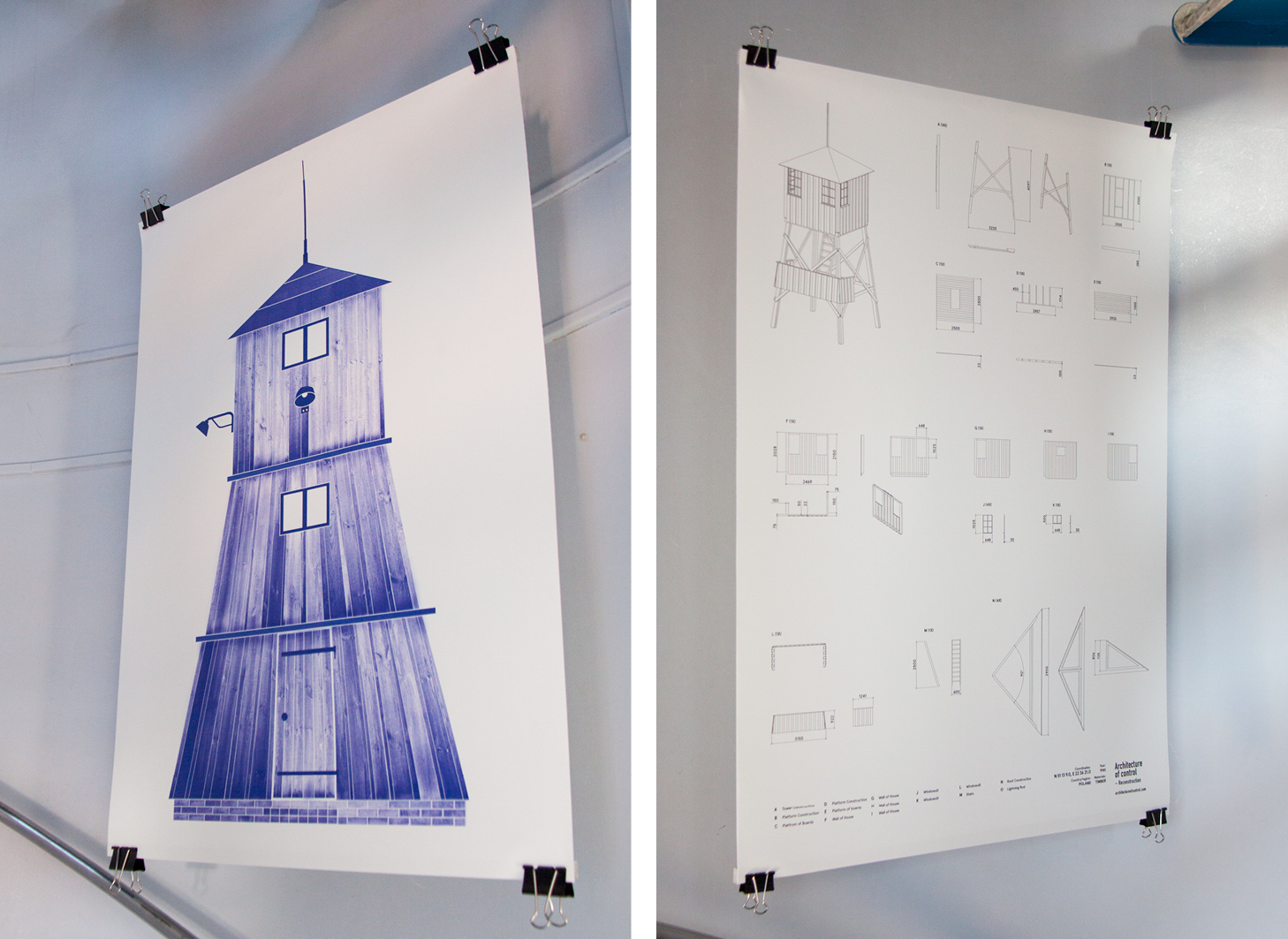 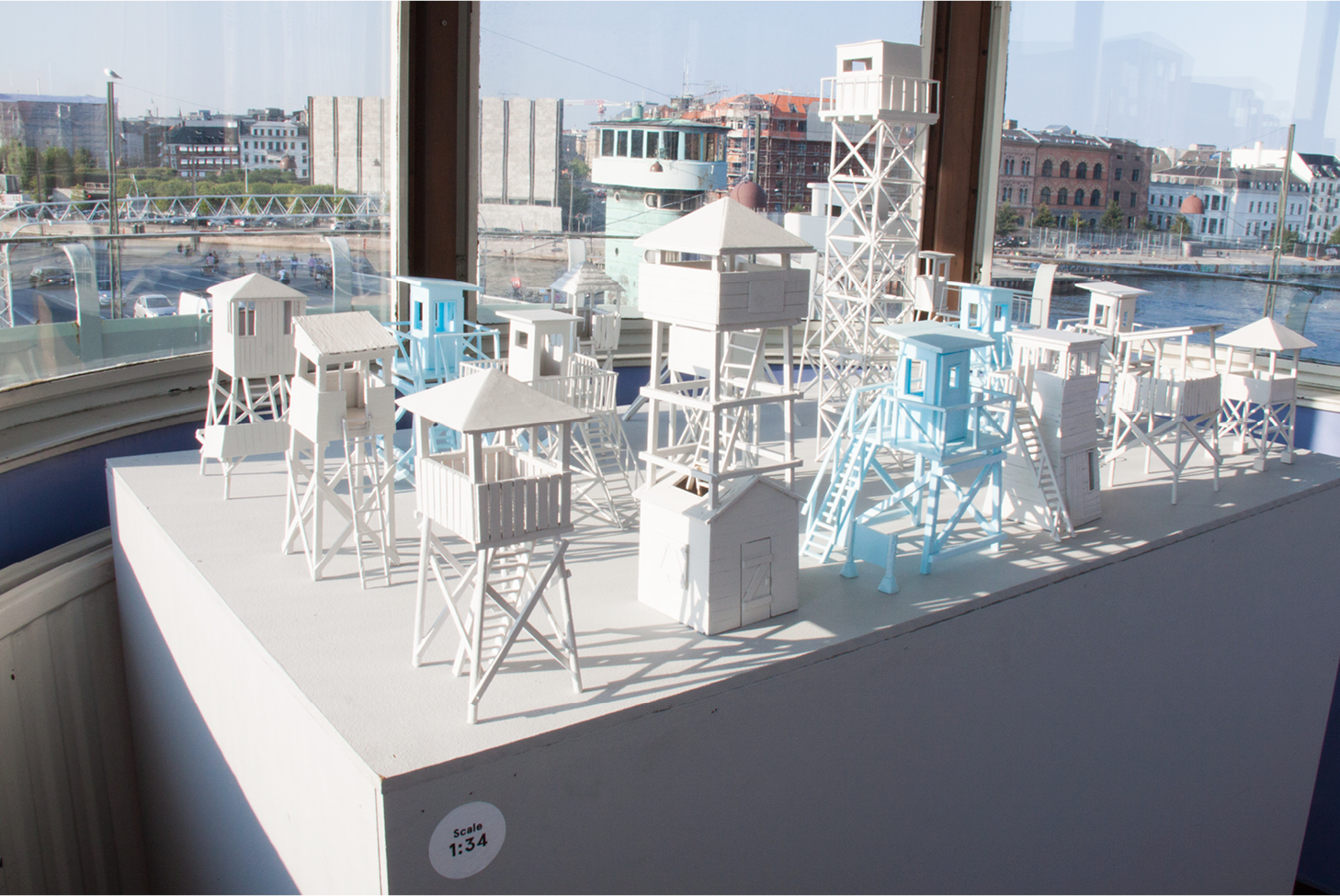 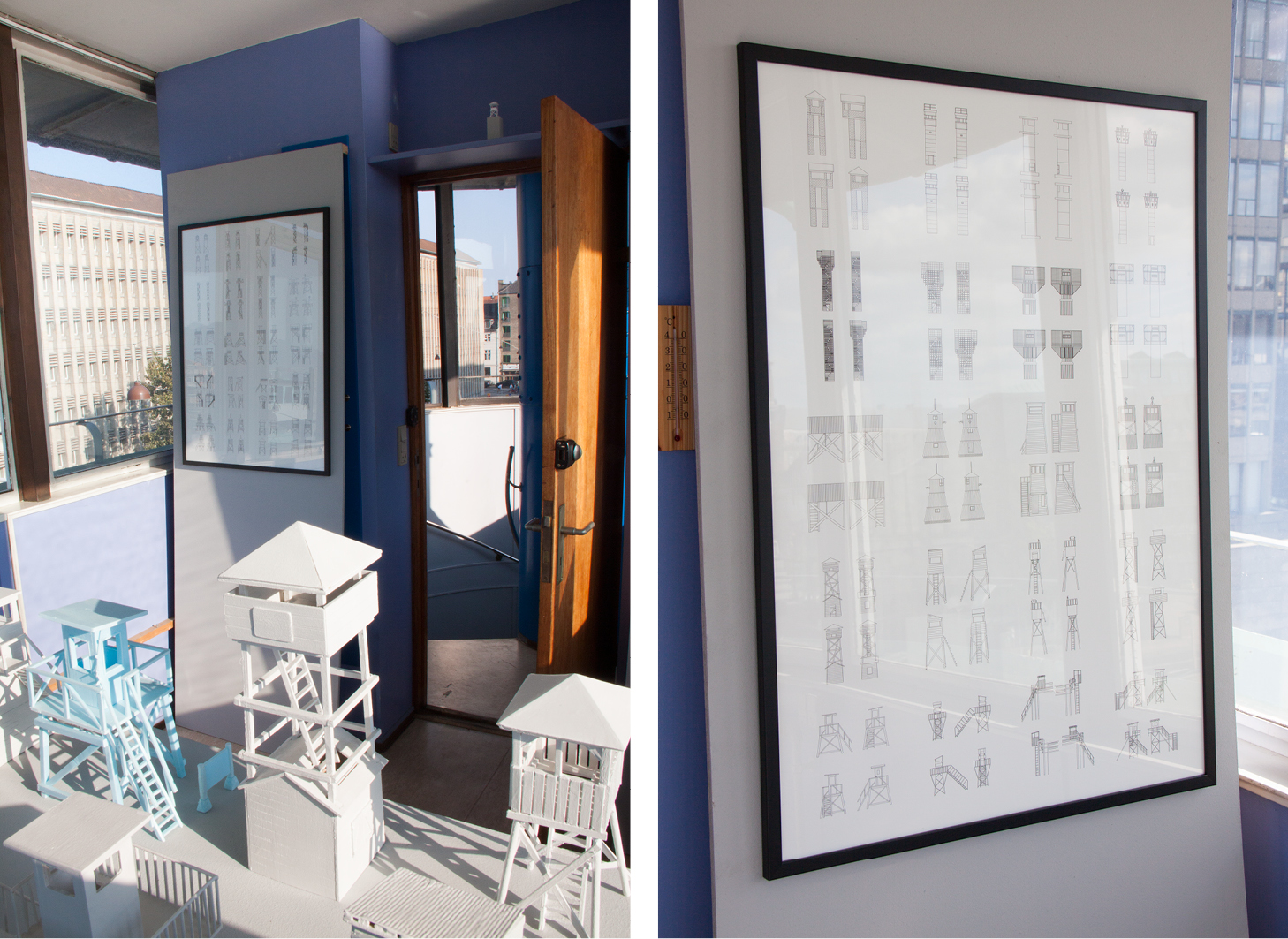 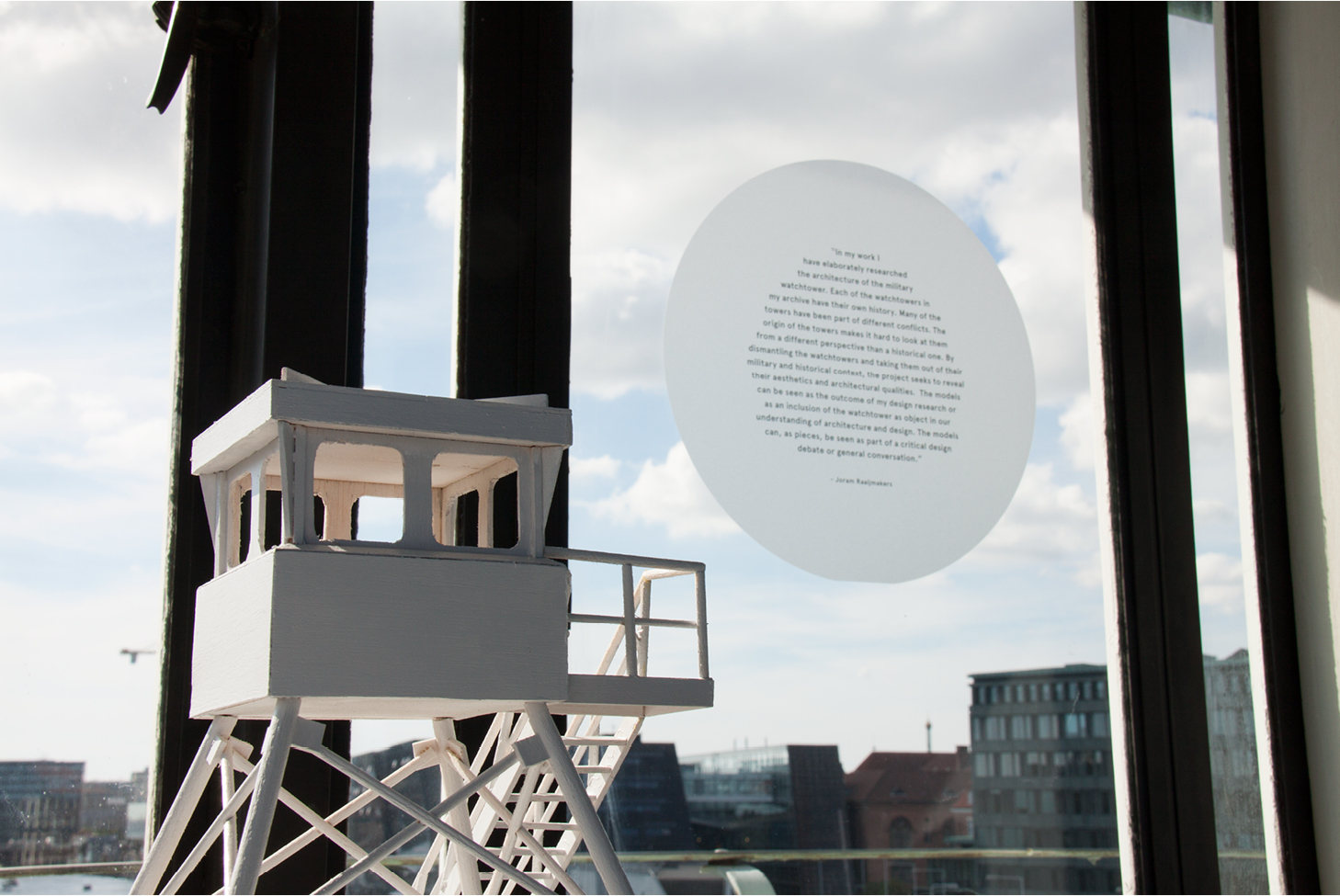 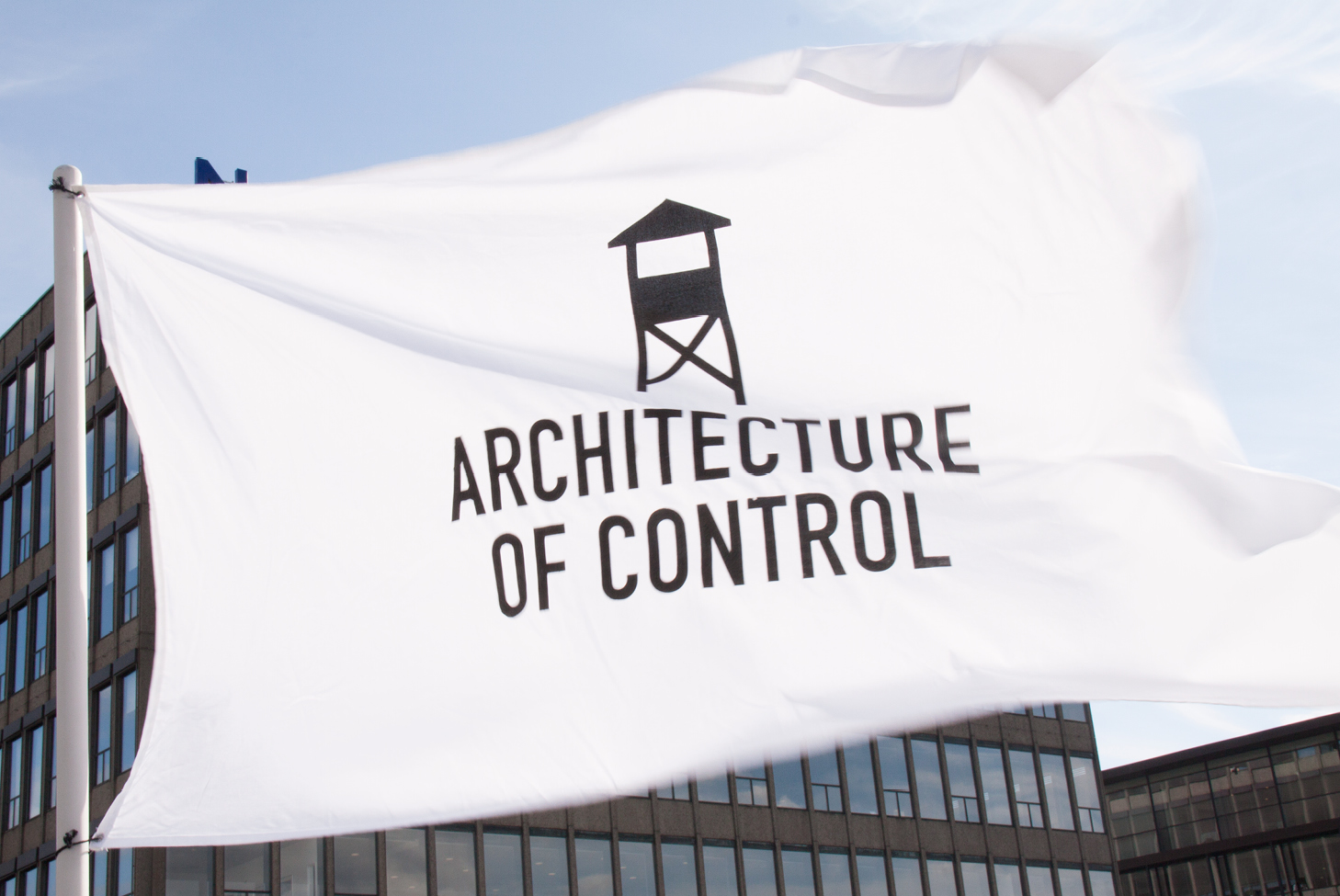 With its function as a control tower, the old bridge tower on Knippelsbro in Copenhagen (DK) manifests the same architectural principles that we know from watchtowers in camps, borders or fortresses. The tower on Knippelsbro marks the border between the Copenhagen “mainland” on the one side and the city parts Christianshavn and Amager on the other witch are divided by the water of the harbour. At the same time its interior is designed with viewpoints, which make it possible to control, distribute and regulate access to the “territory” from a position between the sea and the mainland, that is the entrance of the harbor and the road systems. Accordingly, this exhibition in the very control tower of Knippelsbro is framing the interpretation of the watchtower as a historical, technological and aesthetic phenomenon that operates in the borderland between architecture, design, planning, politics, surveillance, and control.

In the room on the first level the book object “Memories of the Watch Tower” is exhibited. The book is based on an analogue photo collection of old photographs of various military watchtowers from different places in the world. The book consists of various photographs (both amateurish and professional) of different watchtowers and their surroundings.

Centred in the room is placed a series of 9 souvenir teaspoons (“Out of Order”), created as a conversation object where the watchtowers are transformed into everyday objects to disrupt the possible negative connotations which the towers by instance may have. At the same time the spoons are equipped with GPS coordinates, which relate directly to the reality witch they are derived from.

In front of the windows pictures of the spoon models shows different the tower designs. Instead of watching out of the tower of Knippelsbro the viewer have to consider the different watch towers and their constructions and visual expression. The gaze of the audience are shifting between the actually view, from where they can overlook the landscape of Copenhagen, for an exchanged glances at the tower as a phenomenon, an architectural form or an expression of power. 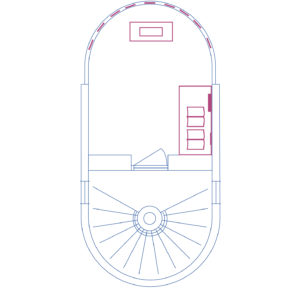 The second level of the exhibition shows an installation based on a panoptic view of the prison camp. The view is original from the main watchtower of the Danish internment camp “Frøslevlejeren” (1944). Here the camp is structured and planed after principles of the panopticon. The Danish camp was built with inspiration from the Sachsenhausen concentration camp in Germany, which has served as inspiration for several other Nazi camps.

In the middle of the room a big scale model of one of the watchtowers from the camp of “Frøslev” is placed. The windows of the room are fitted with a transparent foil with a printed panorama view from main tower of this camp. When the audience looks through the windows the scene of the camp is getting mixed with the actual view of the city of Copenhagen. 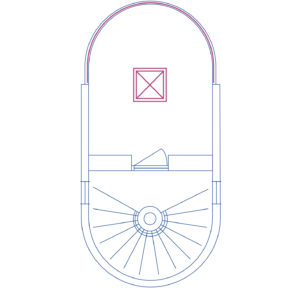 At the 3th level the exhibition shows a selection of scale models of various military watchtowers from all over the world. Here the models are showcased along with two A1 prints of the various work drawings of watchtowers. In this room, visitors can experience the view from the bridge tower and at the same time explore the different models and examined a variety of constructions and designs. 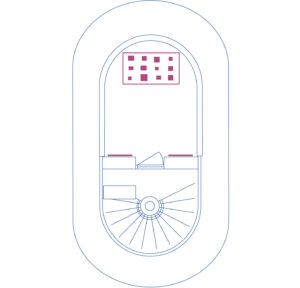