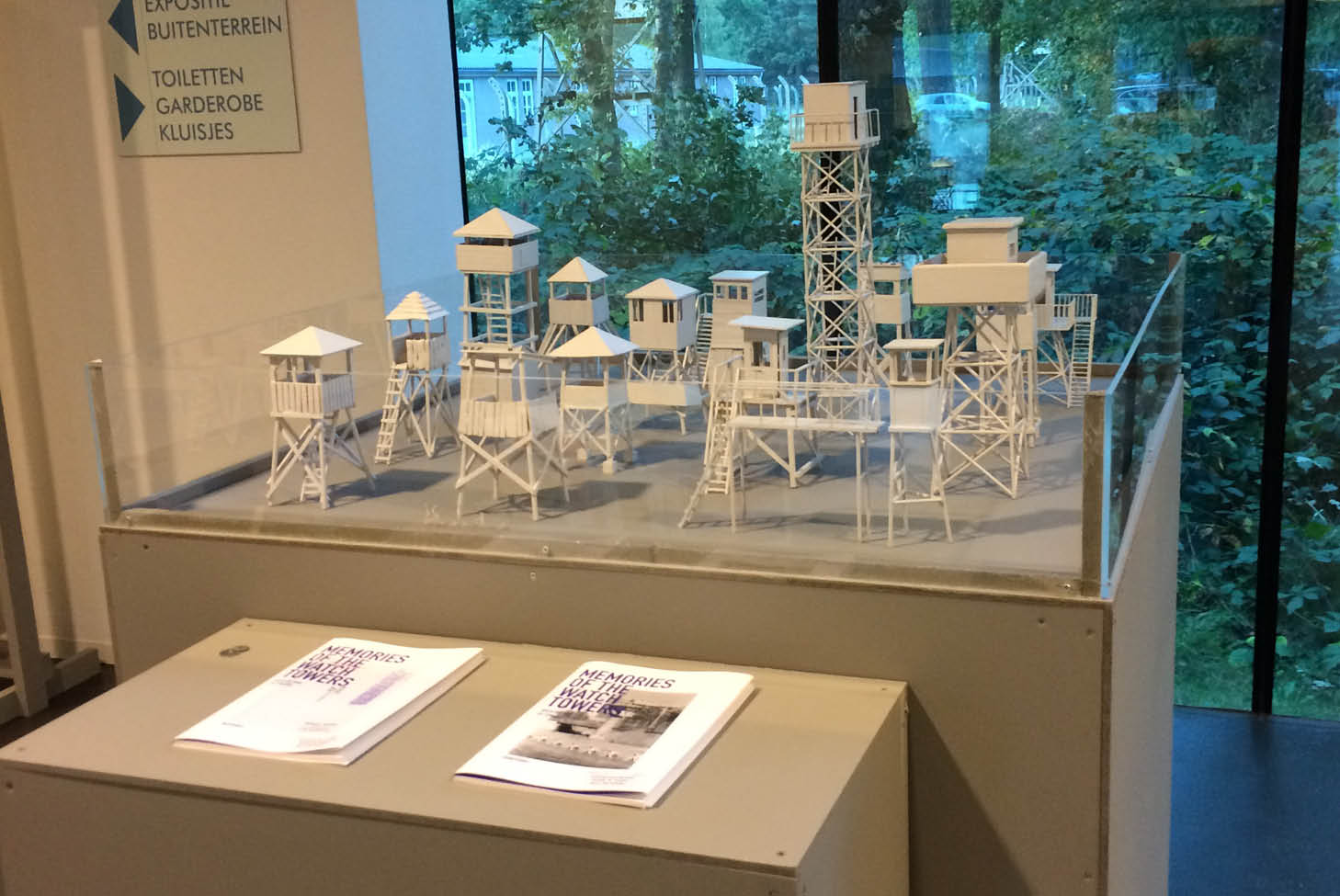 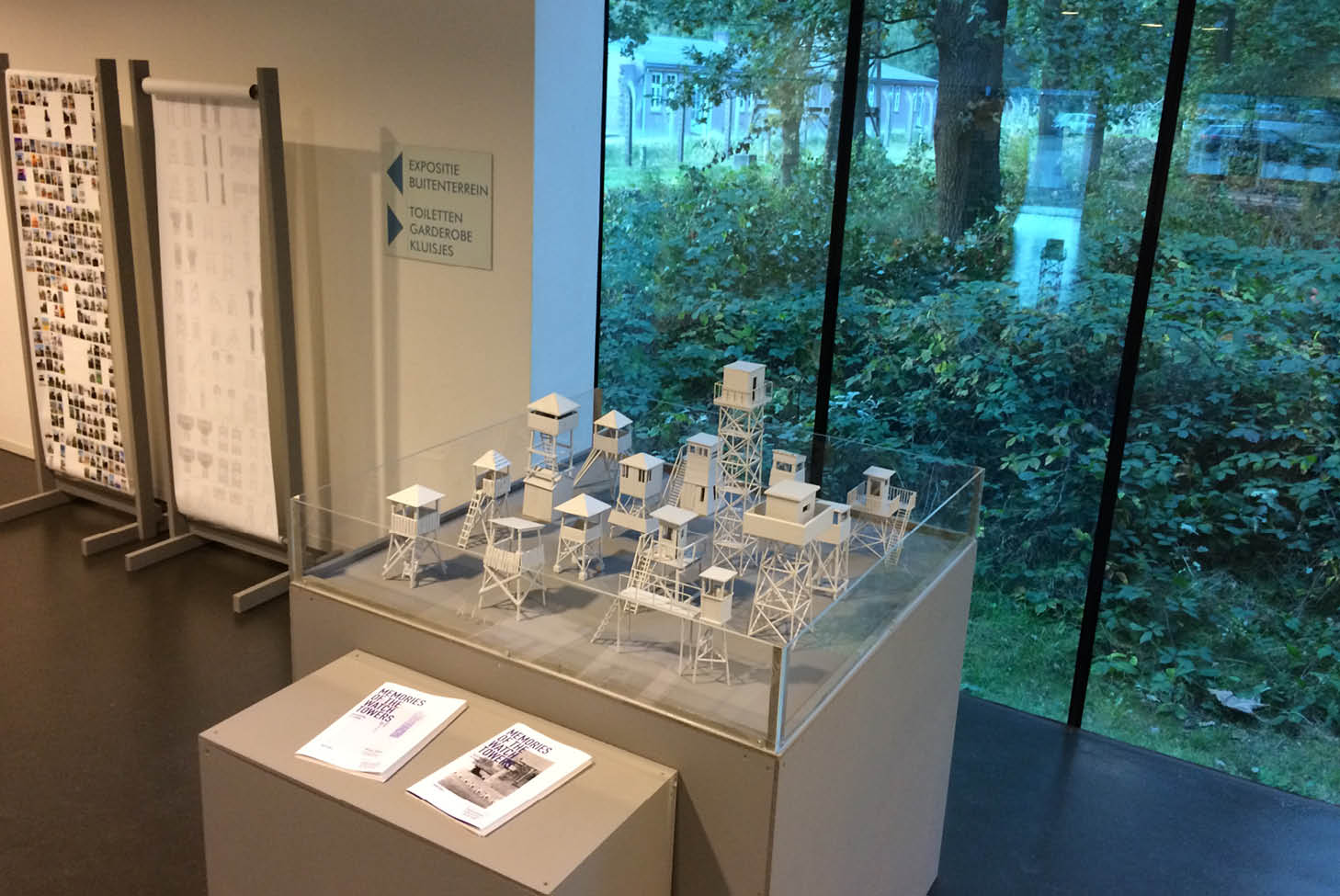 Memorial center Kamp Vught in particular is an interesting place as the site where it is located is part of the former SS concentration camp Herzogenbusch that was run during WWII. On this site many watchtowers were used to control the people that were imprisoned at the camp. Most of these watchtowers have been dismantled after the war and since the 90’s replica watchtowers have been rebuild to become a cultural memory.

The former camp site nowadays hosts different functions such as two military bases, a military museum and Netherlands most secured prison PI & EBI Vught. A site that is protected by many remote controlled watchtowers (cameras) that are being managed by the prison staff.

Invited by memorial center Kamp Vught to do a pop-up exhibition in combination with a given lecture about the research on the phenomenom of the watchtower and it’s relation to contemporary surveilance & historical, recent and current conflicts. This exhibition was on during the “history month” November and showcased A collection of models, Memories of the Watchtower that in combination with presented research was showing that watchtowers not only are part of historical and recent conflicts but are still being deployed in today’s conflicts too.