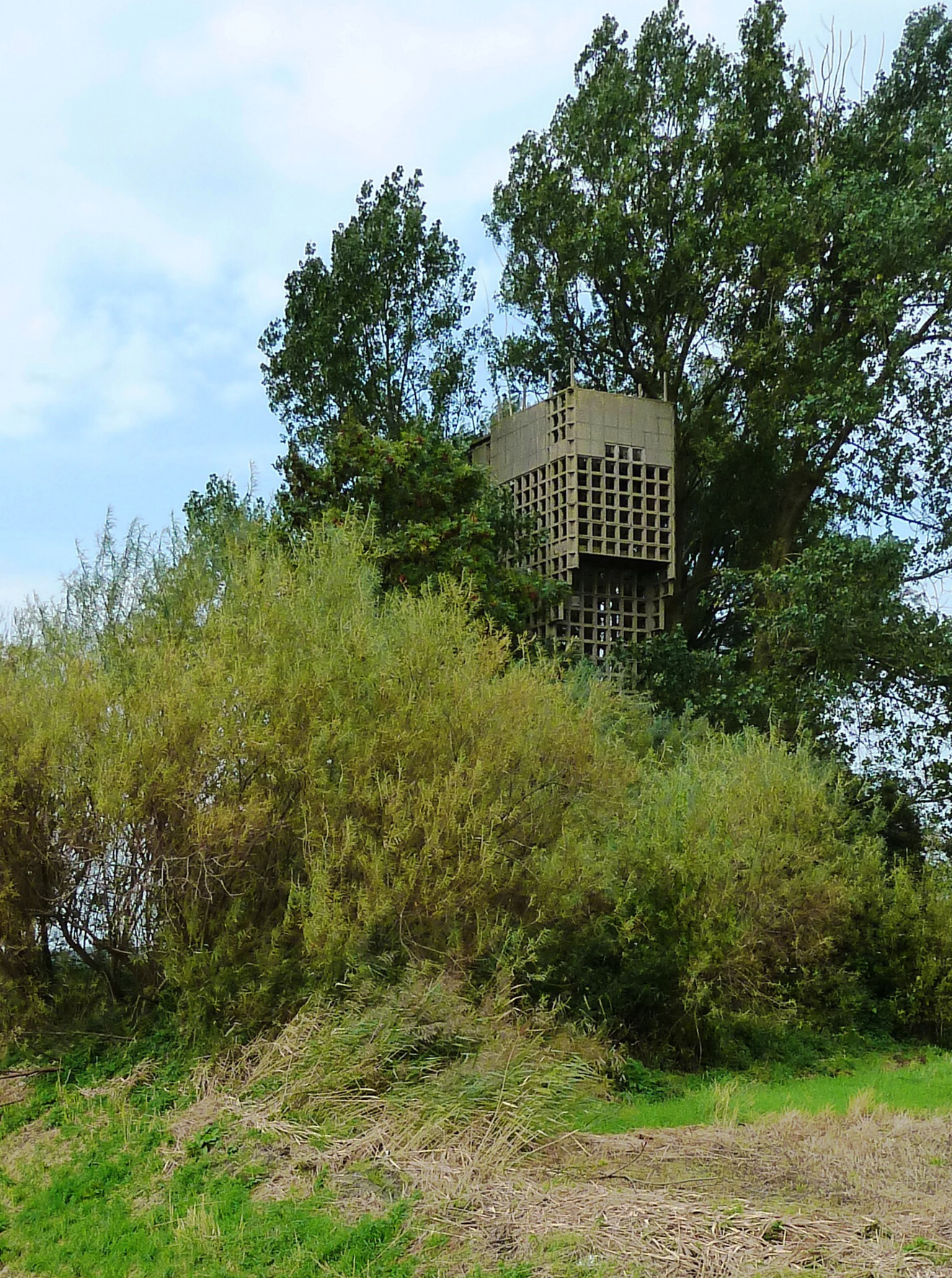 The airpatrol tower was in the 50s and 60s of the 20th century, a lookout that was used by the Air Corps Watchkeeping (KLD) in the Netherlands for browsing the airspace of the Netherlands to Russian aircraft in the context of the Cold War. The former radar equipment was unsuitable for fast, low-flying aircraft. The KLD was set up “by observing through observation and listening posts enemy aircraft, and provide data which are needed to combat enemy air attacks and to alert the troops and the civilian population in time for approaching flight risk.” The service was aimed to observe aircraft to 1500 meters. To do these observations a network of airpatrol towers were built.

Airpatrol tower Warfhuizen (Den Hoorn) is an airpatrol tower (Item No. 7O1), at a sharp bend in the Baron Van Asbeckweg (part of the N983) on the road between Wehe-den Hoorn and Warfhuizen in the Dutch province of Groningen. The tower has retained its original location in open field.

Due to the poor conditions of the trees which now had become higher than the tower they had to be cut in 2012 and will be replanted. In 2016, Pek van Andel decided in consultation with the foundation to transfer the tower to the foundation the Groninger landscape. It wants to restore the tower with the help of a grant of 100,000 euros from the Prince Bernhard Culture Fund.