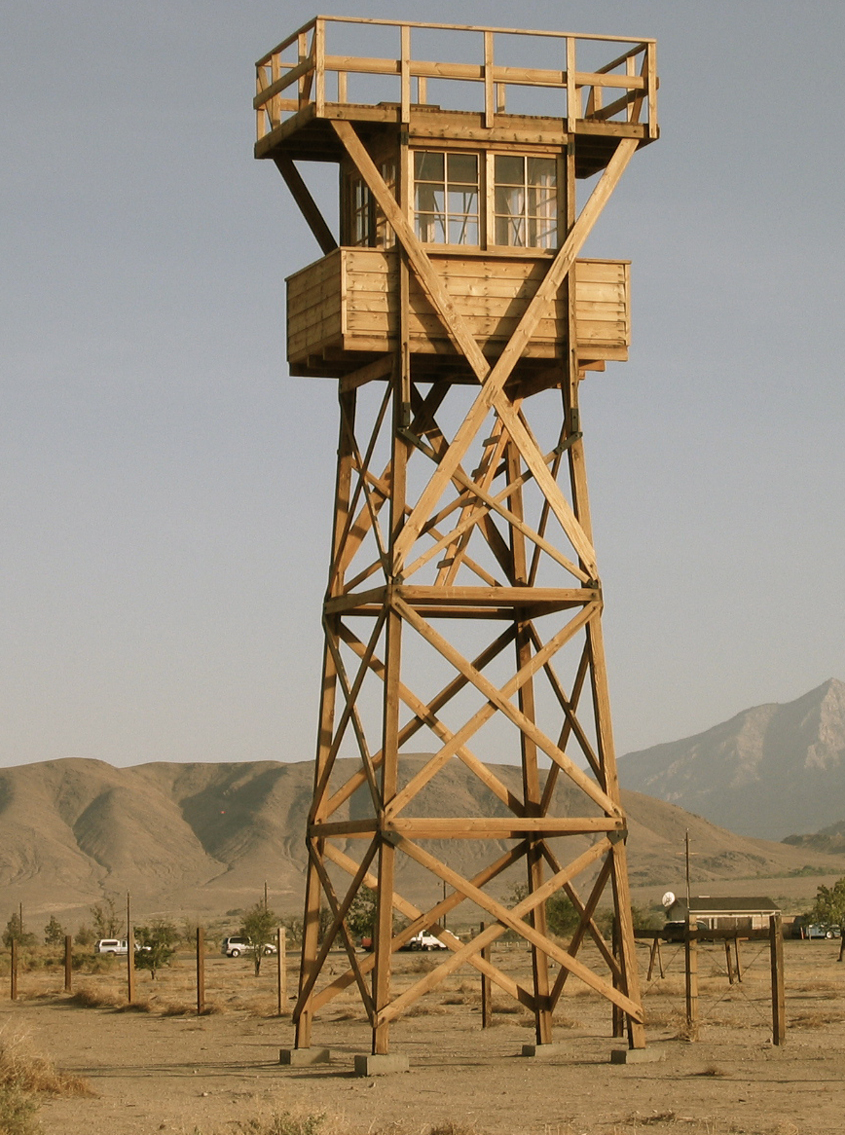 Replica of an historic watch tower at the Manzanar National Historic Site, built in 2005. Eight watchtowers, equipped with searchlights and armed with machine guns that were pointed inward at the prisoners, were positioned around the perimeter of the World War II American concentration camp

Manzanar is most widely known as the site of one of ten camps where over 110,000 Japanese Americans were incarcerated during World War II. Manzanar (which means “apple orchard” in Spanish) was identified by the United States National Park Service as the best-preserved of the former camp sites, and is now the Manzanar National Historic Site, which preserves and interprets the legacy of Japanese American incarceration in the United States.

Long before the first incarcerees arrived in March 1942, Manzanar was home to Native Americans, who mostly lived in villages near several creeks in the area. Ranchers and miners formally established the town of Manzanar in 1910, but abandoned the town by 1929 after the City of Los Angeles purchased the water rights to virtually the entire area. As different as these groups were, their histories displayed a common thread of forced relocation.