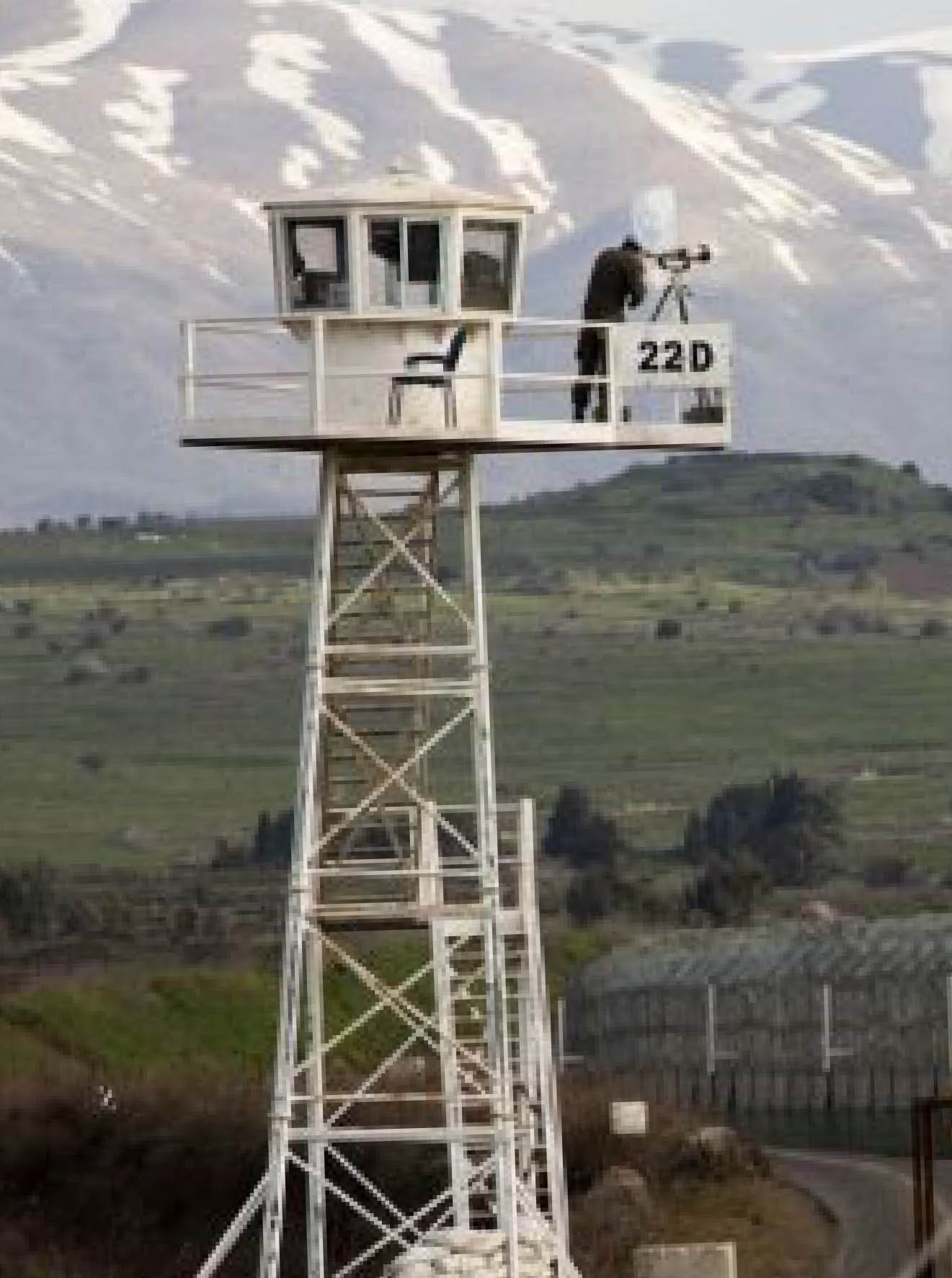 A United Nations Disengagement Observing watch tower at the Quneitra Crossing between Syria and Israel.

The Quneitra Crossing is a border crossing through the purple ceasefire line into the UNDOF controlled area between the Syrian controlled and the Israeli-occupied portion of the Golan Heights. It is on the southwestern outskirts of Quneitra, and not far from Ein Zivan in the Golan Heights. Syrian Druze from the Golan Heights are permitted to cross through the passage to study, work and live in Syria. The crossing is also used for the transfer of apples grown by Druze farmers under the auspices of the Red Cross. The only concrete guard post along the ceasefire line is at the Quneitra crossing.

The opening of the crossing at Quneitra took place after the Yom Kippur War in 1973. The UN Disengagement Observer Force (UNDOF) established its headquarters along the border. In order to carry out its work, UNDOF needed to move freely between Israel and Syria.