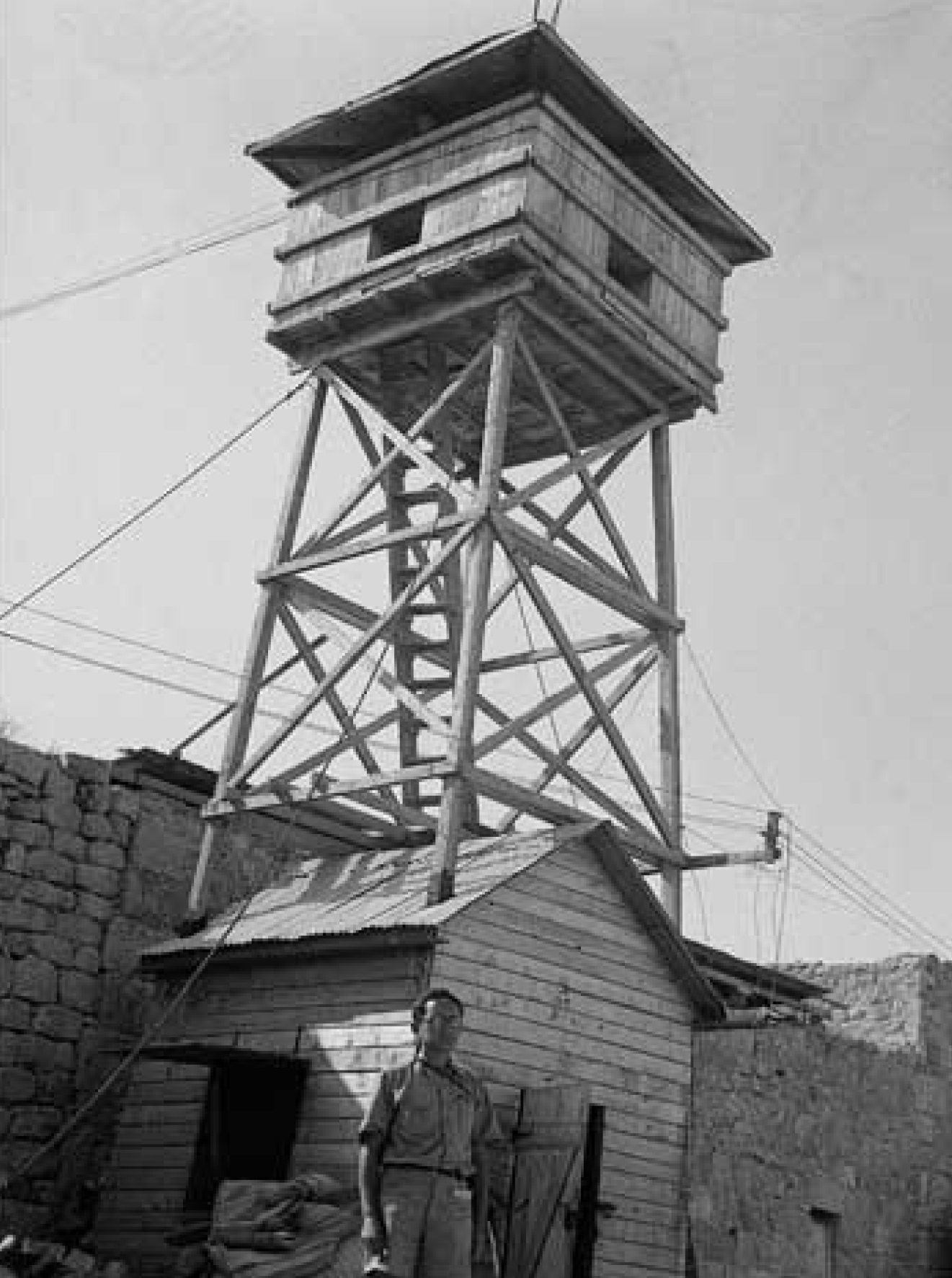 The watchtower of Kibbutz Hanita was established on 21 March 1938, as part of the Tower and stockade operation during the 1936–39 Arab revolt. However, Hanita was a special project, the largest of the entire operation and led directly by Yitzhak Sadeh, a top military leader of the Yishuv (Jewish community in Mandatory Palestine). Unlike other Tower and stockade settlements, Hanita was not established out of another nearby settlement, where all building material would be stored in advance, as was the rule. The lack of Jewish settlements in Western Galilee and the site’s extremely remote location precluded that option. Four-hundred people contributed in the erection of the first walled camp, many notrim (Jewish Mandatory police) included. There were no roads leading to the site and materials had to be carried by hand under armed protection.